Picking the Right Term can help you pay off your mortgage faster
August 5, 2014 @ 9:24 AM by: The Mortgage Designers

The trick to making a mortgage disappear faster is to minimize your total borrowing cost. And nothing dictates total borrowing cost more than the term you chose. Picking the right term is even more important than selecting the best lender, choosing the appropriate mortgage features and finding the lowest rate. Choosing the wrong term can lock you into a punitive rate for years to come or, conversely, expose you to rising rates because you haven’t locked in for long enough.  “Term” refers to the length of a mortgage contract. The most common option is the five-year fixed term, chosen by well over half of Canadian borrowers.

Four-year fixed Four-year fixed rates are still less than 3 per cent, and will save you about one-third of a percentage point versus the interest rate on a five-year fixed term. Multiply that by four years and you’re talking about potential savings of more than a couple thousand dollars of interest on a $200,000 mortgage. To be sure, a five-year fixed term may shield you from rate hikes for one extra year, but it also boosts your chances of paying a penalty if you break or renegotiate your mortgage early. If you instead take a four-year term and renew into a one-year term, you’ve covered the same five-year timespan and given yourself more flexibility in the process.

Five-year variable You’ll save 0.40 percentage points by choosing a variable rate mortgage instead of a four-year fixed term. But you give up all rate protection, which could come in handy by 2015.

Three-year fixed Unless there’s a good chance you’ll break your mortgage in three years, look elsewhere. The 0.10 percentage points you’ll save off a four-year fixed term could easily be offset by higher rates when you renew.

Seven-year fixed Mathematically, seven-year terms are a bad idea and almost always have been. The few extra years of certainty simply don’t justify the rate premium you’ll pay over a four- or five-year fixed rate.

THE IDEAL MORTGAGE Picking the right term rests on your individual circumstances and will depend upon the risks that you may face. If there’s a significant possibility that your cash flow may dip in a few years, or that you won’t be able to prove your income or credit worthiness at renewal, then a one– or four-year mortgage may not be worth it.

Whether you're a first time home buyer in Victoria or an experienced home-owner, we can help you choose the term that is right for your situation and help you find the best mortgage rates on the market. Contact the Mortgage Designers today with your questions. 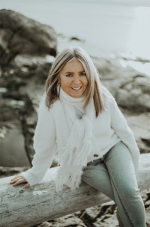